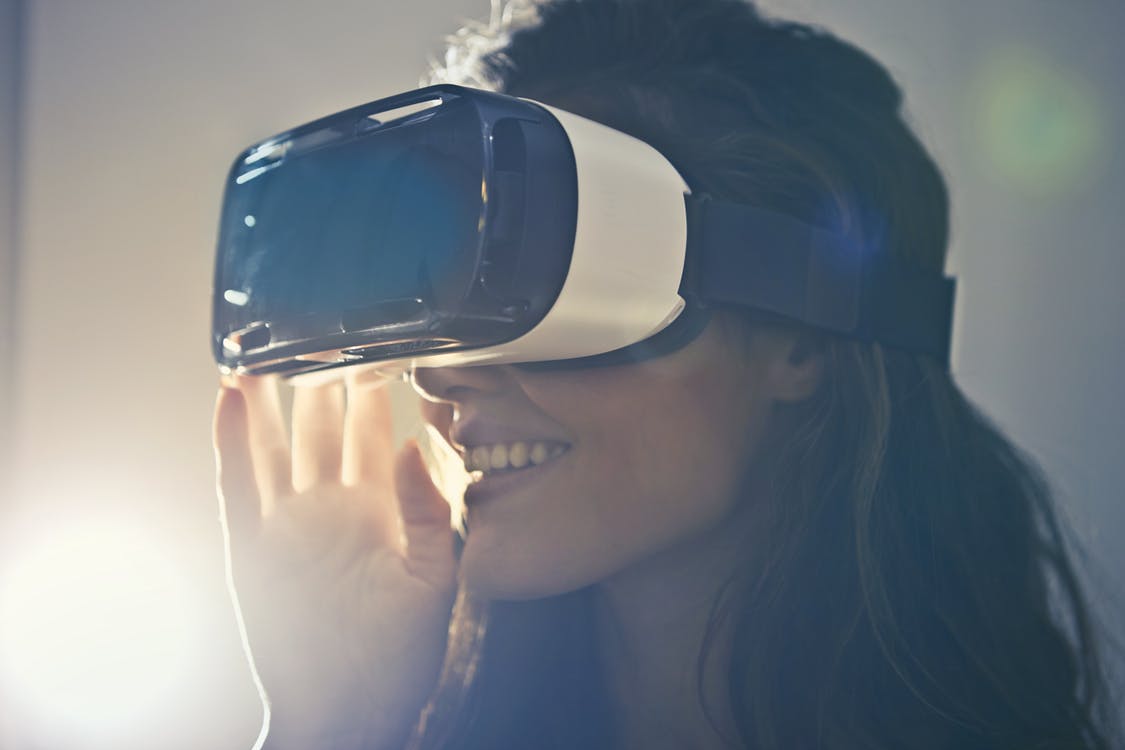 I have always been fascinated by Virtual Reality. It was always depicted as the future in media, the place we wanted to be but weren’t yet.

There was Tron, Lawnmower Man, Johnny Mnemonic, scenes in Hackers and so many others.

Games like Dactyl Nightmare that inspired me to believe it was the next level of reality that I had to be a part of, how could we live without this. 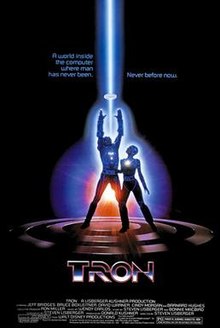 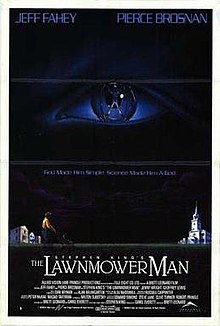 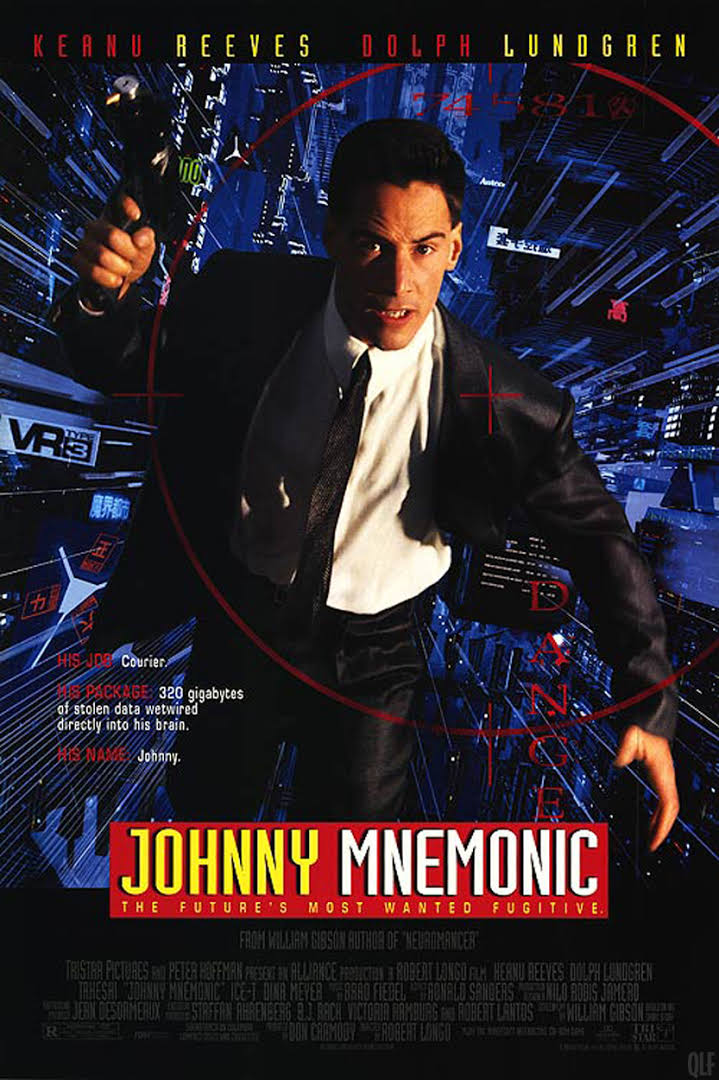 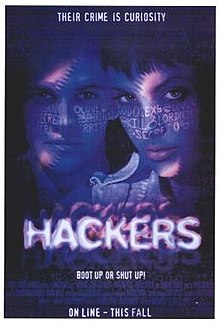 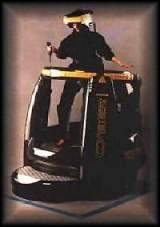 Then is just died overnight, no one talked about it anymore and it was gone from the zeitgeist for years, living in small niches of people building custom hardware.

Then one day it exploded again in the early 2010’s thanks to the first big Kickstarter I supported. Palmer Lucky had worked out that commodity mobile phone screens would be good enough for the displays and the rest is tech! 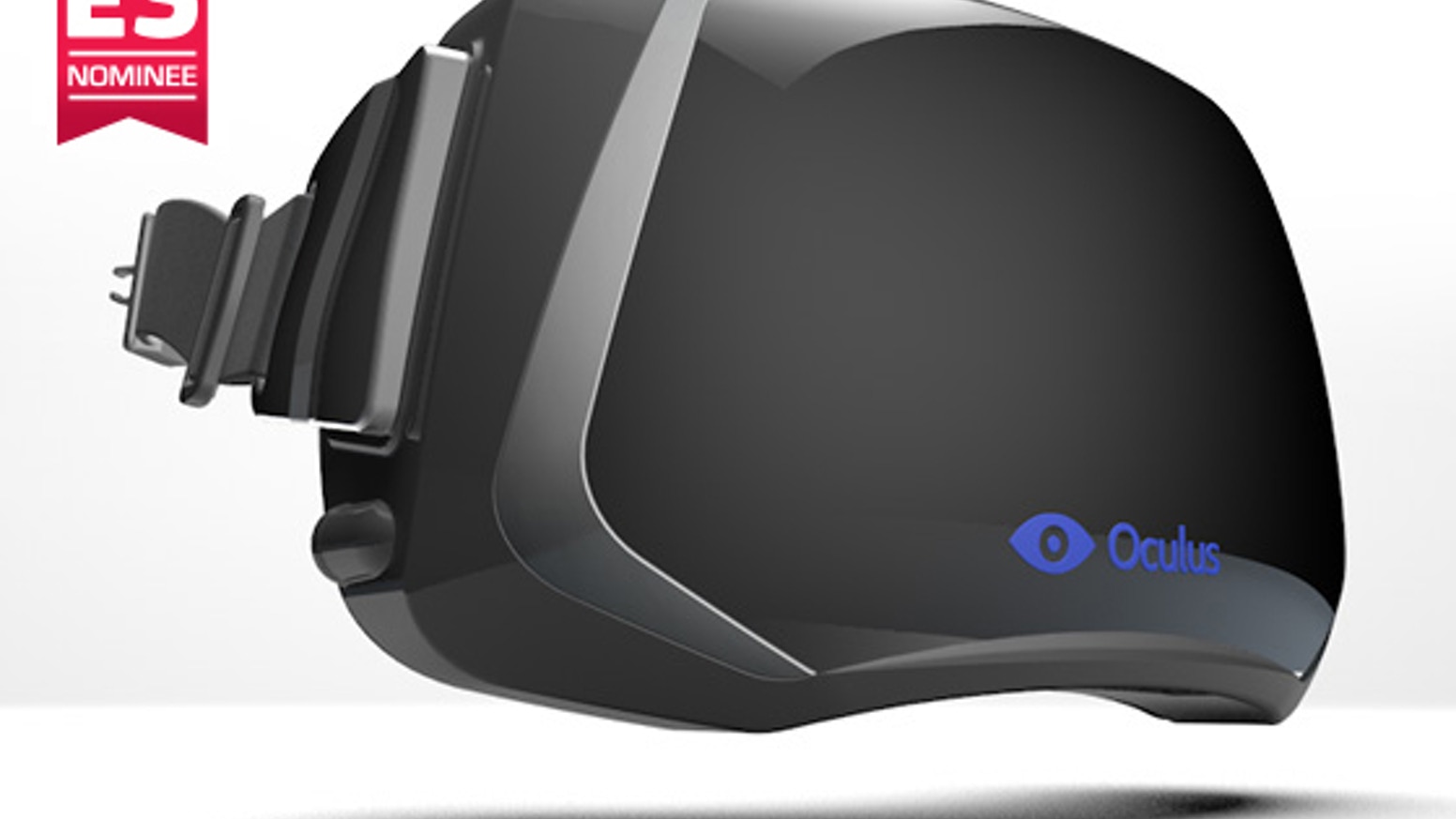 And now with the release of movies like Ready Player One it’s making it’s way back in. 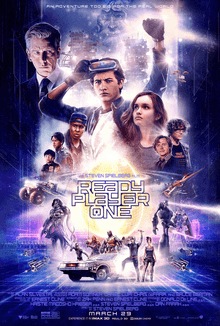 What I want to see ?

I want to investigate the technology and what makes it work and how far it’s come, then give some guesses on where it’s going.

Where is it now ?

Virtual reality has come a very far way in a very short time. From it’s renaissance in 2012.

The entry level experience is getting so much better with Google having stepping to that area with Cardboard. A great cheap experience to view photos and play some games. It uses your phone and some literal cardboard, great idea and great cheap introduction for everyone. 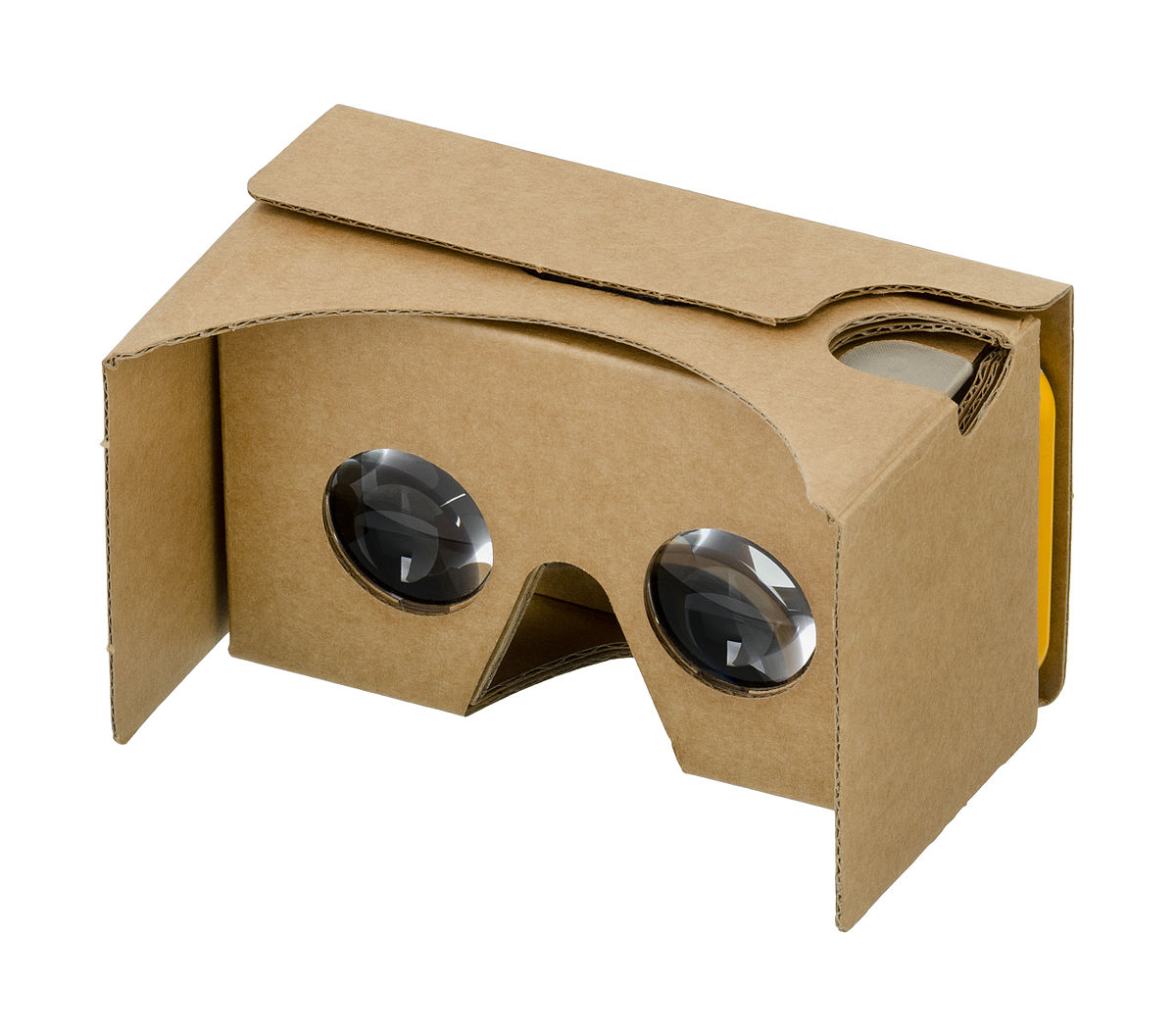 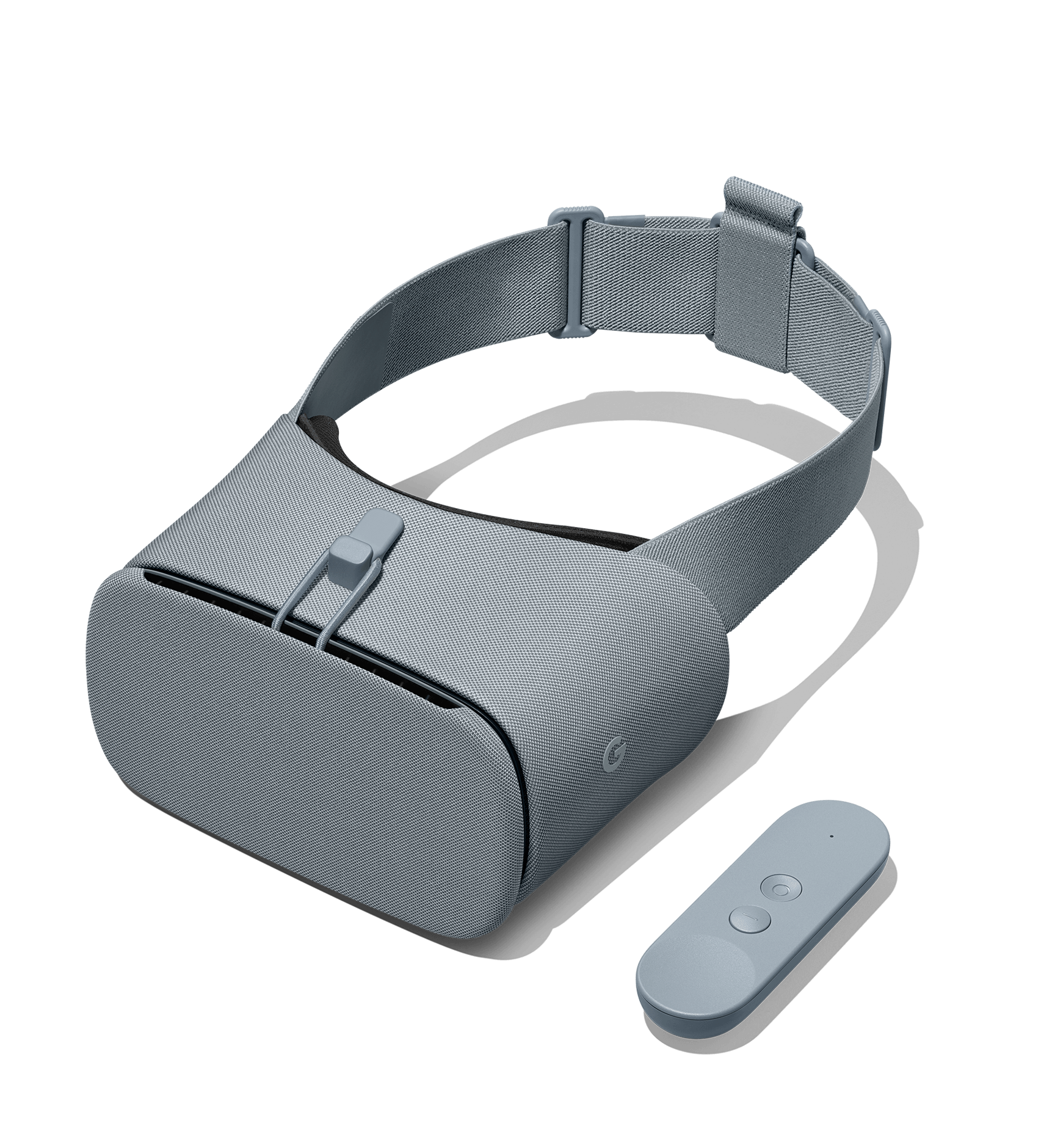 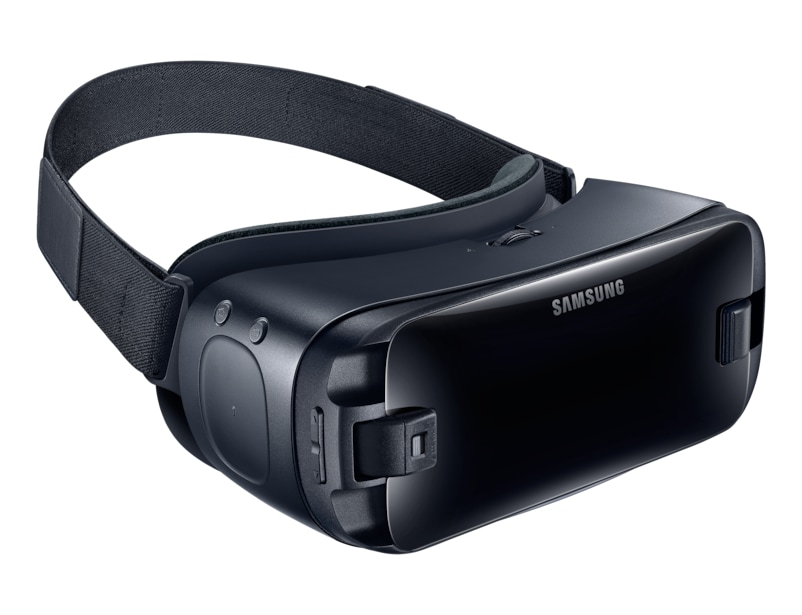 And at the high end we have a lot of options as well. There is the Oculus Rift and HTC Vive and Playstation VR. 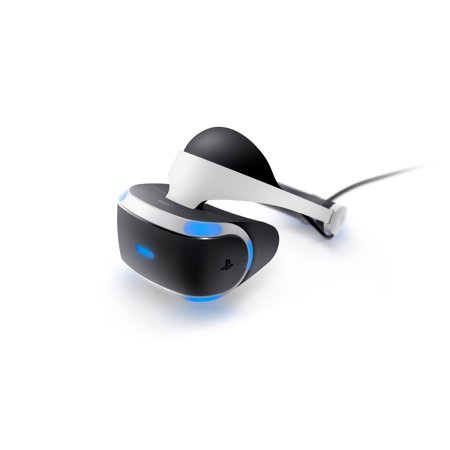 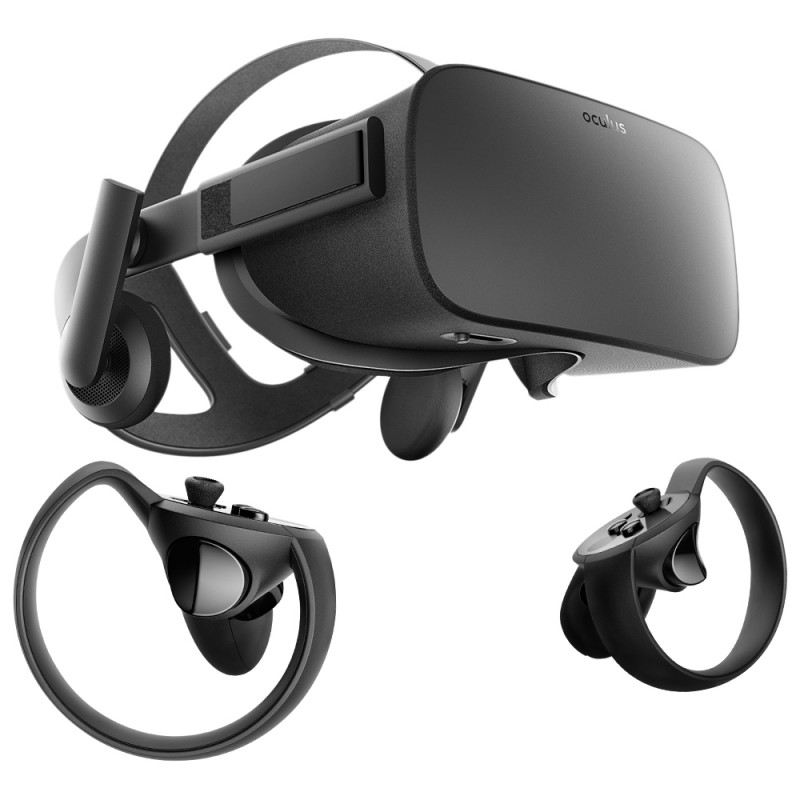 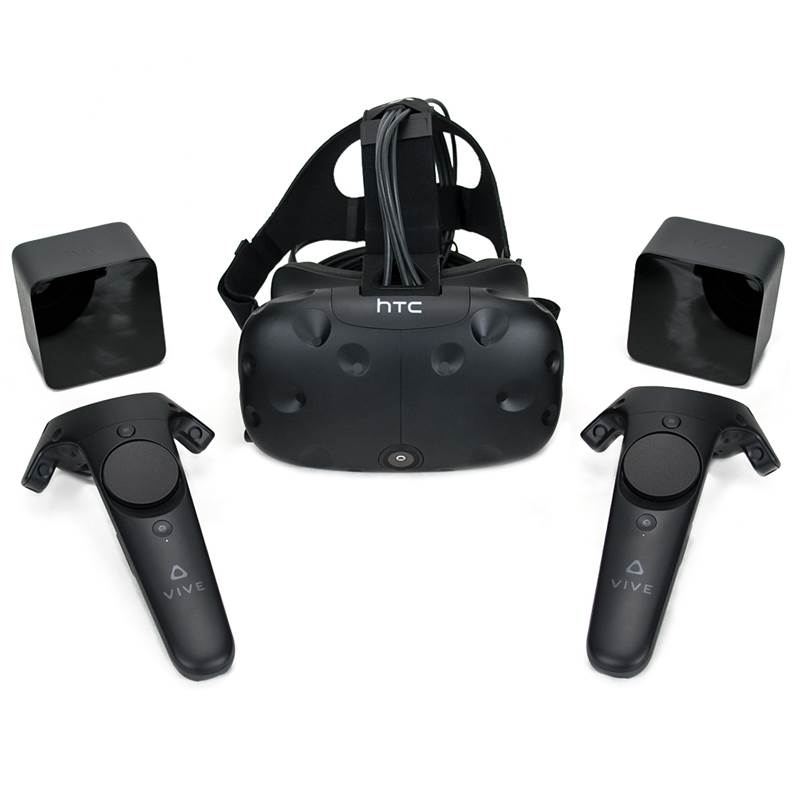 What is some of the technology used ?

Freznel lenses are one of the big technologies that came in to help. Prior to these special lenses and some software the only way to get great image quality was with a curved screen, which are very expensive. It allows software and the lenses to compensate for the display being so close to your eyes and giving more detail in the centre of the image where it’s usually needed.

Accelerometer a sensor which allows the phone to know the direction and speed it’s moving in.

Magnometer an orientation sensor which can be used like a compass

Gyroscope another sensor which allows you to know orientation. This allows the device to know the direction it’s pointing. 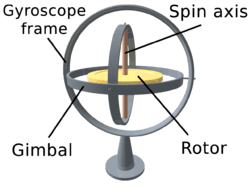 All the above sensors were very expensive till mobile phones commoditized them making them commercially available and much cheaper.

Some of the other technologies involved was to be able to track a user to give them the ability to move around a room. All current devices do this using camera’s for outside in tracking.

And on the higher end devices you can get hand controllers as well to allow you to interact in virtual reality.

No more wires, for all the high end hardware it’s either connected to a computer or a console via cables. There are plans in motion to turn this wireless . 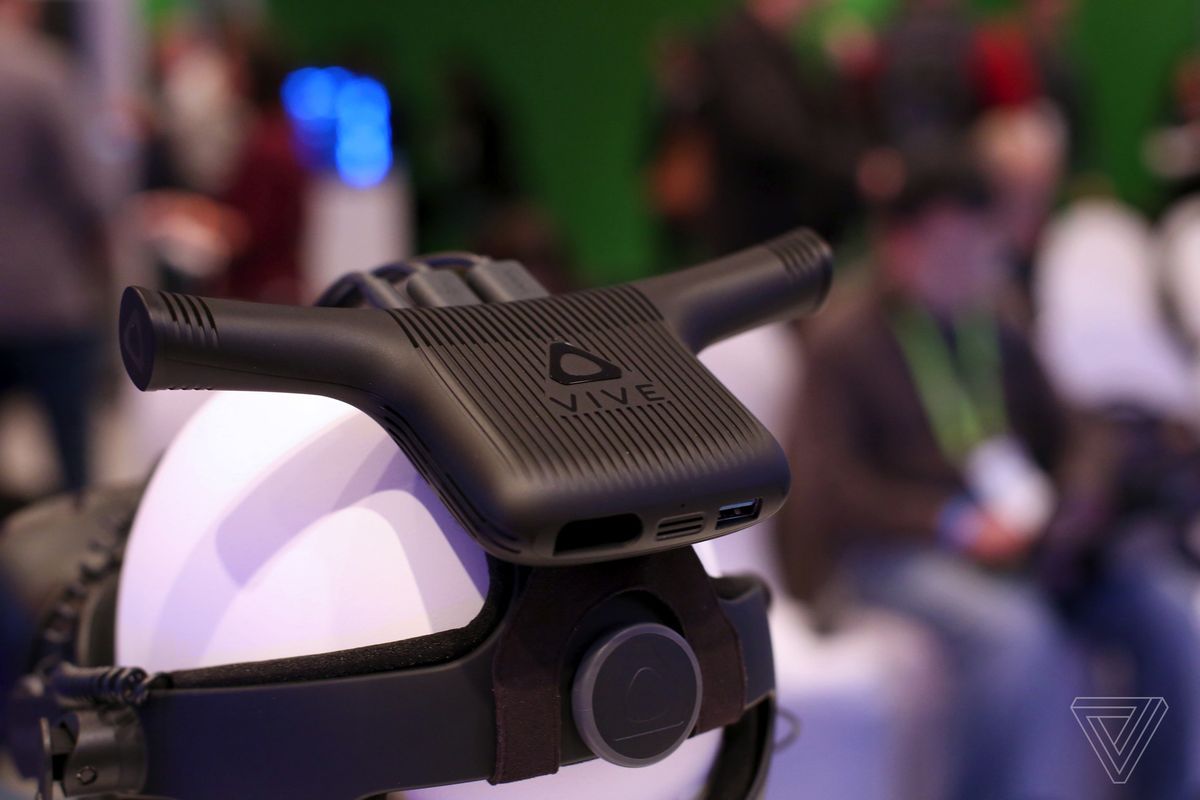 HTC will be releasing their add on in the near future and other companies are promising that they will be able to power HDMI devices and send the signal wireless in a generic way.

**Haptic feedback **to allow you to feel things from the virtual environment, like resistence to putting your hard through something or walking into a branch from a tree causing pressure on your chest as you walk past it, there’s a few companies working on it.

This would extend to then include high end feature like hand controllers, high resolution screens and movement tracking. Oculus is targeting this with the Santa Cruz

The tracking on all the current gen headsets is Outside In, which requires additional hardware and sensor setup, the HTC Vive uses passive sensors, while the Oculus and PSVR use active sensors which require talking to the base hardware.  The next extension is to build all of this into the hardware itself, which would allow for greater freedom with the VR headset. This is called inside out tracking. Resulting in a lot more freedom. 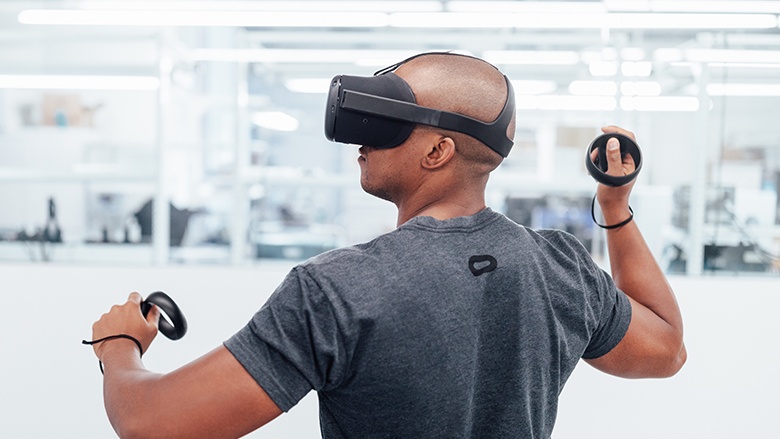 But what can you do with it ?

Currently most use cases are gaming and there are quite a few big names getting in on it, trying to find out what works and what doesn’t.

Some of my favourite experiences were grounded in something I understood and extended to the unreal.

One of my favourite early experiences was the Rift Coaster, it was an amazing experience that evoked a real world reaction, Nausea!

No real user interaction, all you could do was look around but it made you feel like you were really there.

An early follow on for people who wanted to play something was Epic Dragon VR, this was a game where you flew on the back of a dragon and could look to direct it. It was an amazing experience being on the back of this living breathing dragon and getting it to do your bidding, such a simple mechanic, all you had to do was look where you wanted to go and the Dragon would take you there. 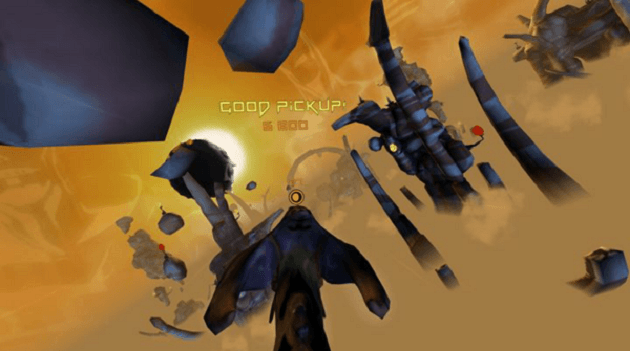 Fast forward a few years actually and people had tried to make a lot of First Person games, but nothing really worked, it all feels wrong and leaves you feeling ill afterwards.

Once we had room scale tracking there was the possibility of platform games and some teleportation locomotion techniques.

Two games that excelled at each of these were.

Space Pirate Trainer one of my all time favourite games in VR. This is just a superb start to finish short experience, it makes you feel like Starlord.

And Budget Cuts with it’s teleportation mechanic. The knife throwing to me was a pure touch of class.

This has expanded into some new experiences like Robo Recall by EPIC which I really do enjoy.

My one and only full price purchase so far has been The Climb by Crytek and I played this till my fingers bled, literally.

It’s not all games and some of the application I come back to are my Google 360 photo’s using the Cardboard Camera app. It gives you a sense of presence you just don’t get from a normal photo or video clip.

Where do I think it’s going ?

We’re still waiting on the big uptick, the moment where only for early adopters becomes everyone wants it and has to have it.

There is this feeling that companies can’t keep investing without getting the payoff they’re waiting for and expecting. It could all just fizzle like 3D Tv’s did in the home.

Imagine pulling pulling out a pair of VR glasses and going to work on their giant virtual screens with a virtual keyboard and virtual touch screen with some haptic feedback, all powered by your mobile phone in your pocket.

Oculus Dash is a early move in this direction.

Always there’s these steps you need to do, in our day and age people need to be able to step into and out of something as easily as unlocking their phones, and space is at a higher premium that it ever was before.

The Oculus Go is meant to fix that one problem of a device always ready to go, which is great, but I believe tying that into something that will augment my reality to replace things, that use space I don’t have, will be where it starts adding real value into my life and starts being something that I cannot live without.